I Became an S-Rank Hunter with the Demon Lord App 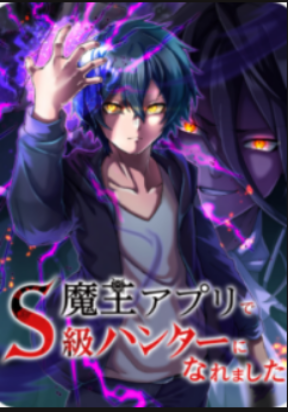 There was a boy who lived in the present age of dungeons. His hunter aptitude was the lowest grade of “F,” which was a brand and proof that although he was a hunter, his power was not much different from that of ordinary people. One day, he is betrayed by his friends in the dungeon and left behind as a bait to a pack of demons. While hungry demon wolves devour the boy’s throat, he despairs of the unfairness of “talent” and continues his insatiable search for “power” – and he hears the voice of “the world”. -Strong desire of power confirmed- – Starting Demon lord application- As the vessel of the Demon lord power Player: Ijima Hiroto has been selected. The boy breaks through the “Wall of Talent” one after another with his overwhelming ability to grow through the “Demon Lord App” — The action drama of the young hunter oppressed by the world begins!